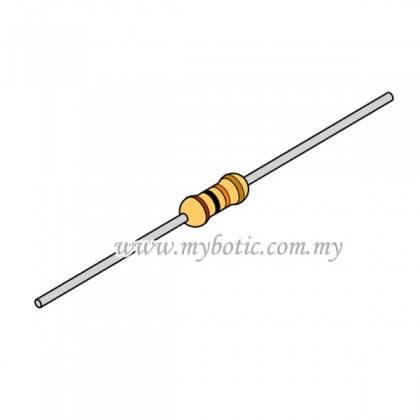 Description
Description:
A resistor is a passive two-terminal electrical component that implements electrical resistance as a circuit element.Carbon film resistors are a fixed form type resistor. They are constructed out of a ceramic carrier with a thin pure carbon film around it, that functions as restive material.Resistors act to reduce current flow, and, at the same time, act to lower voltage levels within circuits. In electronic circuits, resistors are used to limit current flow, to adjust signal levels bias active elements, and terminate transmission lines among other uses.